Robin Hood takes on Sherwood castle at the Posthoorn campsite in Holland.

The 22nd of April was the official opening of a new play area in the Posthoorn campsite.

Several classes from the local primary school were invited along to try out this new play area, designed by Proludic and themed around the Nottingham hero Robin Hood.
When it opened, all the children charged forward like the famous outlaw and his band of Merry Men!

The medieval castle has a multitude of activities to keep them entertained. Climbing nets and walls, tunnels, standard and tubular slides, rope walkways, sliding masts… creating a journey paved with adventures.
You can even play hide and seek in the many hiding spots – you can disappear and reappear at various points, giving your friends and family a fright!

Play panels have been personalised using the bespoke Grafic Games technique, producing a realistic medieval scene and encouraging children to step into Robin Hood’s shoes and have fun role playing.

Summer holidays are off to a good start!

Proludic supports the city of Vannes (France) in its inclusion policy

On 21 December 2019, the city of Vannes (Morbihan) officially opened a play area accessible for users with reduced mobility, on the Etang de Tohannic site, the largest inclusive play area ever constructed in western France. The opening ceremony was attended by the Mayor, David Robo, elected representatives, associations, children and their families, professionals from... 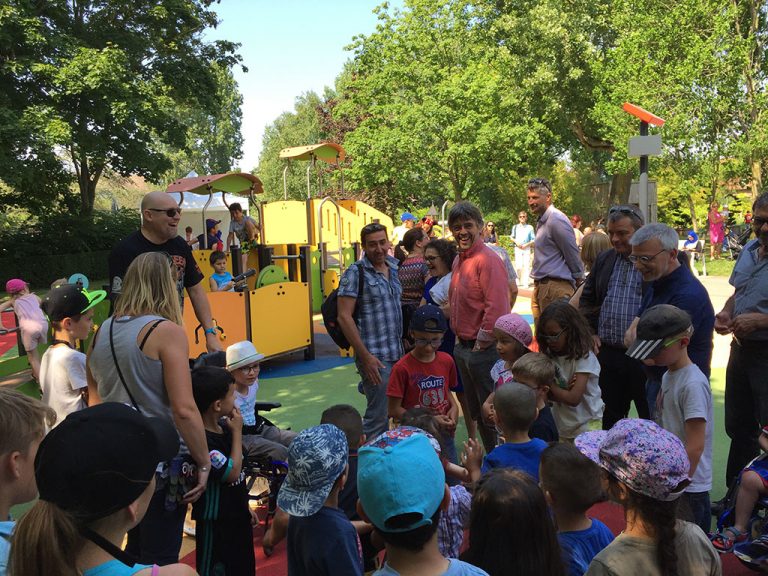 On June 14th, the city of Grande-Synthe (in the French region Hauts-de-France) opened the new play area accessible for children of all abilities, with the Mayor, Damien Carême, elected representatives, children and supervising staff from specialised institutes, families from the Grande-Synthe region and Proludic representatives. 200 m2, €80 000 worth of investments… this play area corresponds...

Top of the page

If you live in one of these country, please visit our dedicated websites:

for all other users, please visit our international website : www.proludic.com