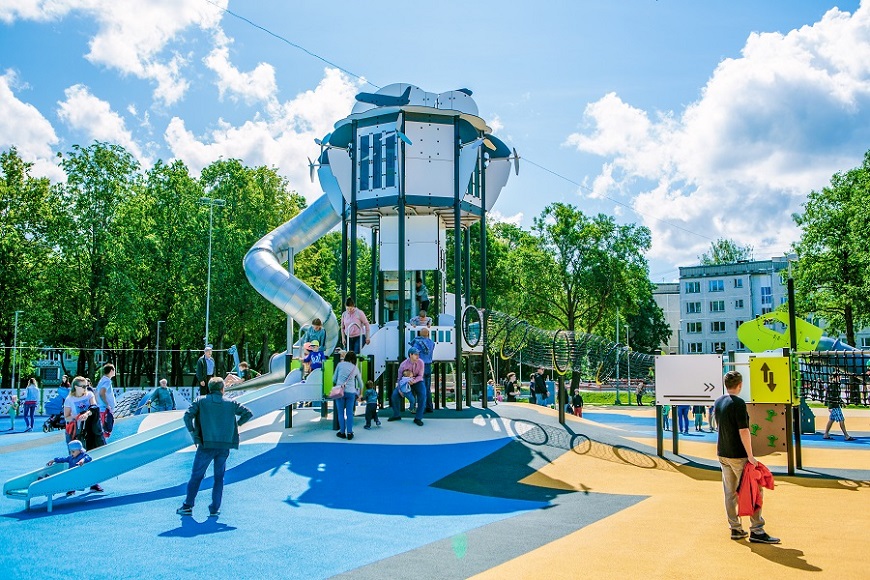 A new customized play area was designed and installed by Proludic in Riga, the capital city of Latvia.

Situated close to Riga’s international airport, this space is an integral part of the Imantas sports centre development project, a major development constructed close to one of the city’s school complexes. A 10,000 m² zone has been developed to encourage the district’s residents to be more active, enjoy themselves and relax.

The Proludic play area, echoing the city’s nearby airport, is now an ideal place for giving free rein to children’s imaginations. They are immersed in a place where they can imagine piloting their own plane or simply exploring this world in the skies and reaching their dream destinations.

The area is organized around a 7.50 m high control tower and an aeroplane with a 19 m wingspan. Many play equipment items are either connected to these 2 main components or stand alone to help recreate the ambiance of a bustling airport.

The key features of this play area are the following:

The control tower which is custom-built and accommodates a wide variety of elements encouraging active and imaginative play within the airport theme.

The cargo plane, an inclusive structure (J2690), has been customized using the colours of the national airline “Air Baltic”

A gangway links the plane to the control tower forming a fun and stimulating trail.

Another made-to-measure item: a plane about to take off (J2689) housing a tube slide accessible via a curved ladder. The platform features panels with interesting shapes.

“Everyone can play,” children of all ages can enjoy the fun of “flying”

With rope play activities mounted on wavy shapes simulating clouds, children become immersed in imaginative play. They can climb, crawl and slide, giving them the feeling of playing in the sky.

An innovative luggage transport circuit with three linked vehicles encourages interaction between children who need to coordinate their actions to make the small vehicles move forward.

This is more than just a play area… it’s a real community attraction.

The opening in July this year was a great success and attended by hundreds of children and families.

At this event, the head of the nearby Imantas school complex spoke about the expected benefits of this large scale development, saying that “students at other schools, and even those from neighbouring municipalities, are now applying to attend this establishment. We are expecting student numbers to increase in the new school year thanks to this project.”

This is the third major project implemented to revitalize the city of Riga.

The three projects each included creation of a play area, all designed and installed by Proludic. 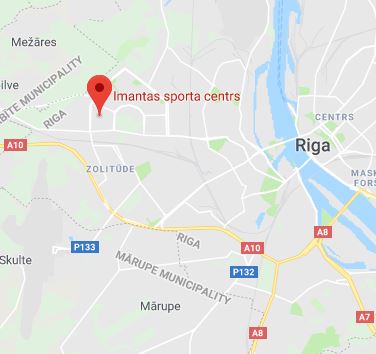